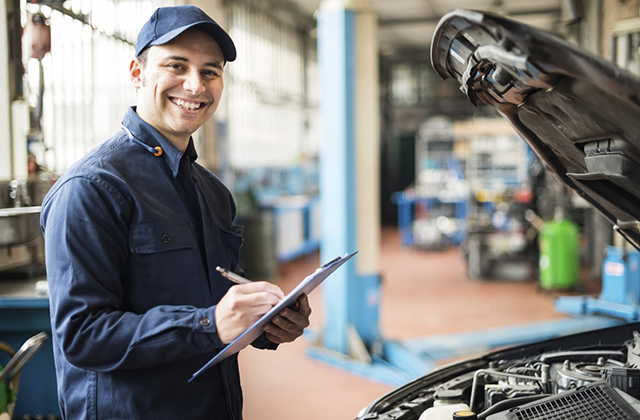 Do you look after your car as if it were an athlete’s body? Do you take it for little runs to keep it working well? Do you treat it to the best fuel, the top-rated engine oil? Do you keep it clean, watch for corrosion, rattles and murmurs — and have them fixed right away? Do you have it serviced regularly, replace worn tyres and brakes promptly and prepare it for seasonal changes?

Or do you expect your car to look after you, with no need to return the favour? Do you let it run till something fails, then curse it for unreliable? Do you leave it dirty, full of junk inside and corrosion outside? Do you expect it to run well on the cheapest fuel and oil, then trade it in when it starts to show obvious signs of neglect?

Then, I’ve got news for you. Whichever of these is your pattern, you probably treat your body the same way. The difference is, if you don’t look after your body, you won’t get the chance to trade it in for a new model.

Who Do You Care For, Baby?

Take the car fetishist. Cleaning and polishing weekly or more often, careful in driving to avoid engine stress, maybe custom parts and many extras fitted; oh yes — that’s a pampered car. And surely it will be serviced and kept concourse-fit, too. But is this owner also fit and well-exercised, eating frugally of fresh and well-balanced food, clean and well-dressed? Maybe, but more likely fit only in the clothes and soap department. More likely eating pre-processed, refined food with too much fat, sugar and salt for good health. More likely indulging in cookies and snacks, candy and sodas, more food than exercise can burn off.

And the work-a-day owner? The ‘my car’s just a tool’ owner? Ah, yes. Looks after the car mechanically, so it runs well. No matter it’s full of cigarette butts, wrappers and loose papers, unwashed and ratty-looking; it will be mechanically sound — a tool’s worth keeping in useful condition. But the owner? Strong, serviceable clothing on an over-indulged body. No exercise for this one! Food taken on the run, take-outs and junk food, fry-ups and loaded pizzas. Colas and beer, Black Forest and banoffee, burgers and fries. Needs a strong car to take the load every time that butt hits the seat!

Other owners are rarely any better. We see our cars as an important investment, whether we’re rich or poor. So we look after them, according to their worth. Even the old jalopy, soon to be in the scrapyard, gets enough care to make it last a little longer. Unlike its owner, it won’t die from shortage of water, or being stuffed too full to work properly, or being starved of good oils to keep its engine working. That would be a waste.

How Complacent Are You About Your Body?

So, why do we treat our bodies so much worse than our cars? Why don’t we lavish on them the same care we would on the Lamborghini we dream to own? I reckon it’s because bodies have a big advantage over cars. They can do a lot of their own servicing and maintenance — they’re self-healing.

When we abuse a car, it soon breaks down and costs big bills. We know that, so we take care to keep our wallet heavy and the mechanic’s light! But the human body can take a lot of punishment before it breaks down, and the deterioration is gradual. It might take years or decades to show the results of abuse. Being human, we get accustomed to this part-working machine that supports us, and we don’t take steps to put it right. Anyway, the damage is being done by pleasant pastimes — eating, lazing, binges. And we’ll fix things one day, won’t we?

No. We won’t. Because we’re human, and it’s human to be ever-optimistic that things will be OK even when we know we’re causing damage. And we won’t change these comfortable habits we’ve got used to without a big push that we’re going to resent. So, we kid ourselves that it’s all OK really, in a way we wouldn’t for a car because we can see the consequences of neglect there.

How do you stand on this? Do you love your car, look after it, but abuse your poor body with neglect? Be honest, would your body pass a simple health test? If not, it’s on its way to breakdown. Oh yes, it’ll be a long time in the making, but you know the statistics. Three out of every four of us will die of either cardio-vascular disease or cancer. Neither of them is a pleasant ending, and — according to the historical record — they’re both usually avoidable results of bad diet. On the way to that premature death, you’re liable to get arthritis, high blood pressure, type II diabetes, rheumatism, osteoporosis, atherosclerosis, prostate or breast cancer and/or any one of a dozen other conditions that result mainly from long-term neglect. So what if your neighbours are heading that way? It’s your body, not theirs!

The solution is simple, but radical — it goes to the root cause. Your ancestors a hundred years ago were unlikely to suffer any of these conditions, because they ate more sensibly. You can go there; all you have to do is change your eating pattern. Discard the modern norm of overindulgence in junk and treat foods, and eat simply.

You’ll need to re-educate your palate; it’ll take a few weeks. Then you’ll find your new, plainer food is actually tastier than junk-with-salt-and-fat-and-sugar. You’ll quickly feel fitter and your body will begin to heal itself. And that’s true whatever your age. It will help you whether you’re eight, eighteen or eighty.

This article was originally published as a blog post in July 2008. You can find more stuff about health in my Bad Health Blog, at http://www.davidsblog.typepad.com Do get back to me with your opinion on this article or any other stuff you’d like me to know. I love debate!